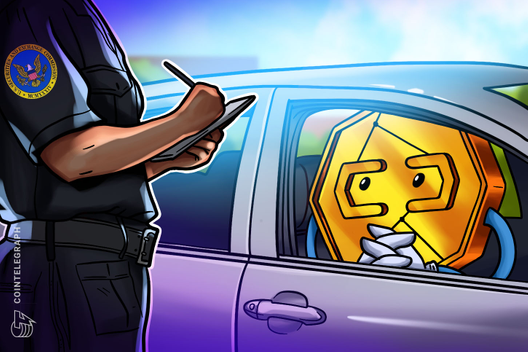 In fresh testimony to U.S. lawmakers, the head of the SEC touched on cryptocurrency policy, as well as the perceived benefits of its underlying technology.

United States regulators believe they have adopted a “measured yet proactive approach” to cryptocurrency regulation which aids both retail and institutional investors.

That was the formal view of Jay Clayton, chairman of the U.S. Securities and Exchange Commission (SEC), who updated lawmakers on official policy on Dec. 10.

Speaking in testimony before the Senate Committee on Banking, Housing, and Urban Affairs, Clayton highlighted the potential of blockchain technology in helping market participants amass capital.

“As I have previously stated, I am optimistic that developments in distributed ledger technology can help facilitate capital formation, providing promising investment opportunities for both institutional and Main Street investors,” he said.

“Overall, I believe we have taken a measured, yet proactive regulatory approach that both fosters innovation and capital formation while protecting our investors and our markets.”

While Clayton has sought to take a balanced view of cryptocurrencies in particular amid intense scrutiny by Washington this year, the SEC more broadly has come under fire for its policies.

On the topic of cryptocurrency, specifically Facebook’s unlaunched Libra digital currency, he reportedly added, “It’s here, we should not go around it.”

This month, meanwhile, Clayton joined various prominent regulators in penning a report for the U.S. government which touched on potential risks posed by broader adoption of stablecoins.